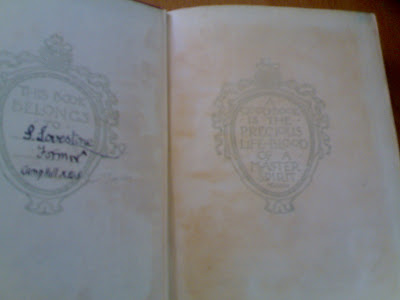 Brixton is just a stone’s throw out of Mayfair and like Mayfair, is an onamastic bearer of Blighty’s historically imperialist ways. Brixton is a lot like Hilbrow, squealing squalor from weather beaten balconies, while memories of its best days live on its oldest residents. But while Hillbrow is keenly populated by its own peculiar brand of businesspeople, Brixton has become the stamping ground of another breed of businessmen, Bengali, plying their trade in convenience stores, on every available corner. Between them, Brixton’s Protea shopping centre stands out like the proverbial hair in the soup. It’s never been exactly glamorous, but growing up, it was the closest thing to a mall in the proximity. I whiled away many school afternoons at the centre, often under the pretence of needing school supplies from CNA. I’d walk through, Clicks and Truworths blissfully charging whatever appealed to me to my imaginary plastic currency. I remember buying my first tub of fruit flavoured lip balm from the Mr Price for all of R5.00. The stuff of a twelve-year-old’s happiness.

There isn’t a CNA anymore in the Protea centre, nor a Truworths, not even a Clicks. But the Pick n Pay, remains a defiant stalwart. And so on my way to stocking up on weekend kitchen supplies for mum, I dropped the latest pair of sunglasses to have suffered disfigurement at my hands at the optometrist, and having some time to bide while my shades had long overdue surgery, I limbered into a second hand bookstore, promising myself to just look through.

On the heavily laden classics shelf, I found a copy of A Tale of Two Cities, a 1921 impression. Well thumbed through, a Scottish publisher, its original owner’s name neatly lettered on the inside, its pages fading, truly charmant. A throwback to a time when literature was the domain of a privileged few. As Penguin like to say, ‘In 1935 if you wanted to read a good book, you needed either a lot of money or a library card.’ And there A Tale of Two Cities stands, in a second hand bookstore in a Brixton, Johannesburg, with Kurt Darren blaring overhead and a price tag of R25.00.

With my more tangible plastic currency, I’ve made it my own. The stuff of a twenty something’s happiness.

10 replies on “‘Where is human nature so weak as in the bookstore?’ Henry Ward Beecher”

and WIP, shukran and ameen :))

>Happy birthday Kay 🙂 May the Almighty grant u everything u need, many more years filled with love and coloured with laughter. Hope u have an awesome weekend!

Btw, totally love the banner too. I want one also!

>ok. I am positively salivating over your header …. i mean seriously

This is a cool find. Ok, it’s not an 1859 edition, but still cool. In the Company Gardens in Cape Town there is a very old bookstore that has that dusty books smell where you can sometimes find gems…..I hardly get there because they only open weekdays and some saturdays.

>OH, I was at exclusive books yesterday and I totally empathise with that feeling. Your book is on order though. 🙂

Nooj, I had the Morello Cherry too! Bless you Nooj, soon I’ll be so familiar with HP references it’ll sound like I actually have read the books 😛

Shafinaaz, 🙂 I drive past that book store every morning on my way to dropping my brother off, and the two of us have often wondered if it was actually a book store… I’ll definitely go check it out 😀 thank you. R3 for a george orwell is temptation enough, dust mites be damned 😉

My favourite second hand bookstore, which also doubles as one of my favourite places on Earth, is the IH Pentz store in Braamfontein, old witsies would perhaps be familiar with it. There’s just a special aura about it, alot like the poem in the post below.

I’m eager to take a look at that antiques place on commissioner street, the one that’s featured on discovery sometimes, there seems to be books stacked from floor to ceiling. Perhaps we should make it a blog meet..?

Saaleha, exactly! It’s like crawling through another person’s life.

hehe those lip balms really were all the rage.

azra, I buy way too many books, I don’t get along too well with libraries, I end up paying astronomical fines … :S

>I love bookstores, I can get lost in them for hours…maybe days if I dont need to eat or sleep.

I dont buy books though…I’m slightly obsessive/compulsive, so if I buy one, I’d want to buy all…on principle and then I’ll convince myself that I need my very own library, go out and buy more books, never read any of them and then join the local library and read all their books…I’m nuts like that.

>what a find:) i love old books with scrawls from previous owners, the meta-stories as intriguing as the typeset plot.

>hey.. loved readin this.. theres a quaint dusty old bookstore on the dodgy end of lilian road… its tiny.. opposite the old akhalwaya warehouse.. and if u willing to brave towers of old magazines and books and even more towers of dust and if ur willing to allow your fingers to run beside olympic medalist dustmites…theres some good reads to be found in between the apparent junk. i got Orwells 1984 for R3. It had been reduced because “No one wanted it” 😛

There were some other gems…
Then I found a store in Durban earlier this year; Vikram Seth, Amitav Gosh, Orphelias Revenge, etc.. all Under R50…

I can almost smell the dust 😉
*sneeZe*

>i also bought that R5 Mr Price lip balm! I’ll never forget it was the first cosmetic I ever bought. Called Morello Cherry :/. I spend ten minutes in clothing stores but yes second hand bookstores take HOURS if the owner doesn’t look at me like I’m trying to portkey on the stuff. There’s another HP ref for u to google 🙂

>I’ve found fewer books grab me the way they used to. But i still find it hard to leave a store without buying at least 1 or 2 or 3 books.